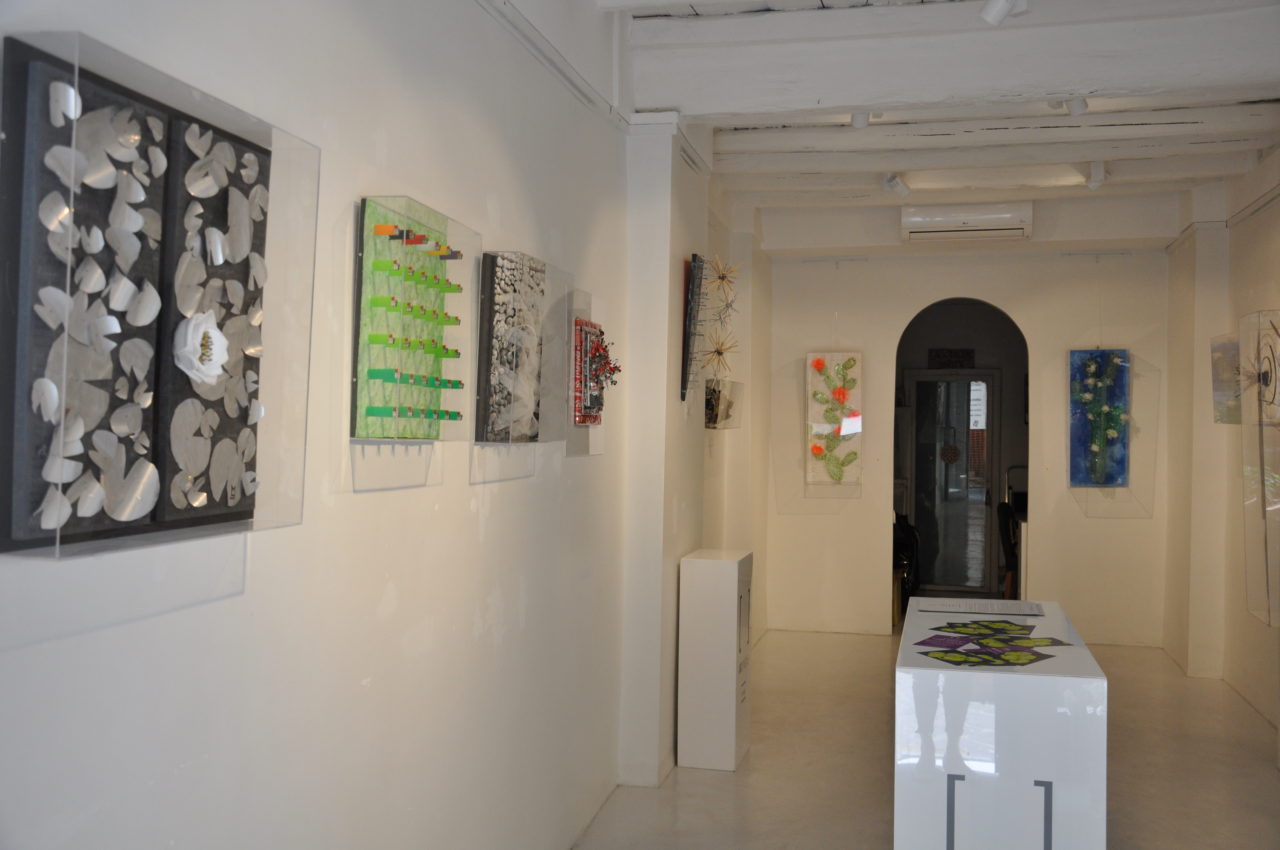 The flower by definition is the reproductive organ of the plant, therefore, synonymous with life.

But there are “hidden flowers”, that finally are “revealed”. They are born “as new”, showing the inherent survival instinct.

It’s the case of the works that Micaela Legnaioli presented his first solo.

Flowers that show that great will to exist, of life, of rebirth after death: found, recovered and processed, they hid along with memories, emotions, consciousness. And like little sponges, they absorbed and purified from the inside to come out with a new identity. Desacralized from their inner dimension, they are revealed outside under new form, not devoid of their intrinsic appeal, but not depriving the unconscious eye of his free will.

That which is revealed, it is understood, assimilated, processed and finally pulled out from the darkness that sometimes is so falsely reassuring that you could not find the momentum to get out of it.

This is the artist’s work: to recover and display what was initially denied because hidden or simply omitted.

The result is a suffocated joviality, but that finally finds a way to breathe through the conscious retrieval of memory. The emotional recovery is translated into the floral works of Micaela Legnaioli totally in consistence with her creative process, in which not only are memories recovered, accomplices and synergistic to the realization of the works, but also the material from which they are made.

The resin, plaster, metal, different fabrics, paper, plastics are consciously assimilated and subsequently organized in an aesthetic way, giving life to works that express a new meaning. You can give (new) life in what apparently seems to have more. And here reveal the flowers the artist intended as a sort of “fleurs du mal”,finally bloomed, visible, thus no longer dangerous because latent … no more enemies.

In the work “Ennemi”,is perceptible the graphic image of the verses from the homonymous poem by Baudelaire which gives the title to the work that is included in his lyrical collection “les fleurs du mal”, the text of which, not only is in perfect harmony with the “dark side” of the artist, but plays and jokes with the work itself made ​​with empty packets of cigarettes. The casings of evil  are recovered, crumpled and arranged so as to form the flowers that are seen throughout the work, expressing a sense of irony and exaggeration as to exorcise and defeat the “evil meaning” of the work, through the work same.

The graphic element often used in the works of Micaela: phrases of songs and poems borrowed for an instant, forever or just for the time needed to create the work. As in the case of “No Love”, where the delicacy of lotus flowers is represented in all its fragility, as in a love denied precisely, and further emphasized by latent phrases because barely perceptible. That flows from it is a kind of addiction to  life,strong, fragile, violent and sweet as life itself.

In other works, there is instead a strong awareness for color and is expressed with humor, such as in “Prato”, where the assembling lighters used simulates the grass and the flowers of a polluted world, but who wants and “needs” to live.

In all the works coexist primordial feelings, wild but expressed gently.

PrevThe game of feelings
A room all to itselfNext
info@micaelalegnaioli.com