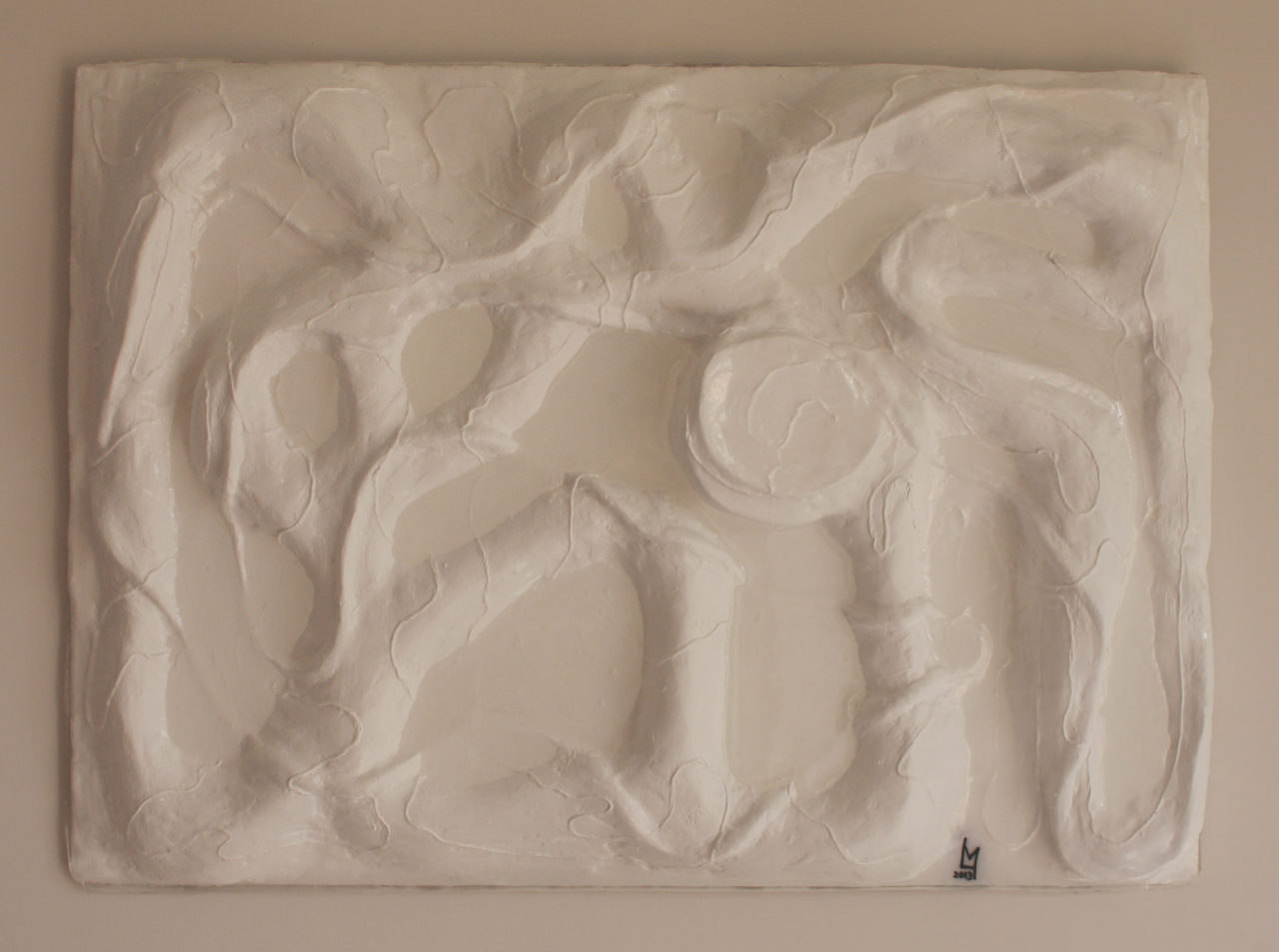 We live in a time when the many forms of art and culture flourish in many public and private places and allow a different public to feed on spaces of exchange and discovery, places of sharing but above all of openness where curiosity and sensitivity accompany a path of choice.

This is ideally the spirit with which Ernesto Quagliariello, director of Teatro Centrale, a place dear to Rome’s artistic tradition, intends to animate this space, and the meeting with the Artotheque de Rome was decisive in launching the idea of a place of culture where, drinking a glass of wine while waiting for the show, one can accompany oneself in the discovery of an exhibition of contemporary art.

The collaboration between Teatro Centrale and l’Artotheque de Rome began on 9 December 2014 with the exhibition “Curves and Variations” by the plastic artist Micaela Legnaioli and the sculptor Boris Lafargue. Both of them work on forms with different materials from which original and interesting variations are created.

Micaela Legnaioli, who has already exhibited twice in Rome, makes the art of recovery coexist with that of modelling in this exhibition. The artist creates or recreates the forms as in the work “C”, modelled with plaster and resin of the series “Giochi dei sentimenti” or in the work “Soffocare” for which the idea of giving back life to what no longer has it, or that was hidden or just forgotten gives all the sense of the artist’s research to dig into the intimate. Micaela Legnaioli remains consistent with the creative process in which she excels, always faithful to the recycled materials from which she draws nobility, hardness or simply utility. Resin, stucco, metal, various fabrics and plastic give life to works that then express a new meaning.

Boris Lafargue is exhibiting for the first time in Rome and is presenting a series of drawings that represent the preparatory work that enables him to understand the volumes before making the sculpture. This exceptional series accompanies us in the artist’s research into the geometric form of squares, composed of an infinity of isosceles triangles and rectangles. From these drawings, three sculptures were made: “Heraphrodite”, “The Falcon Territory” and “Black Hole”.

The common space offered to these two artists represents a bridge that allows them to compare their approach to the infinite possibilities of forms, regardless of the material chosen.

So many variations that leave our imagination running……